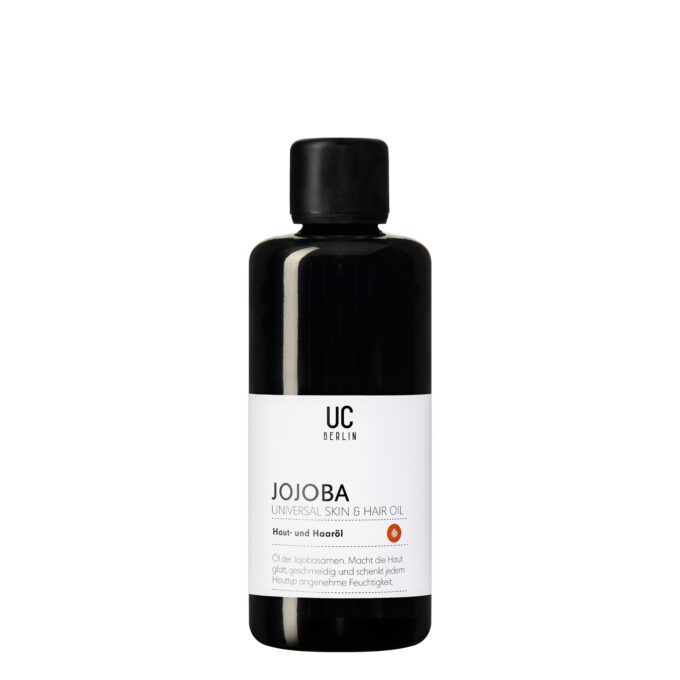 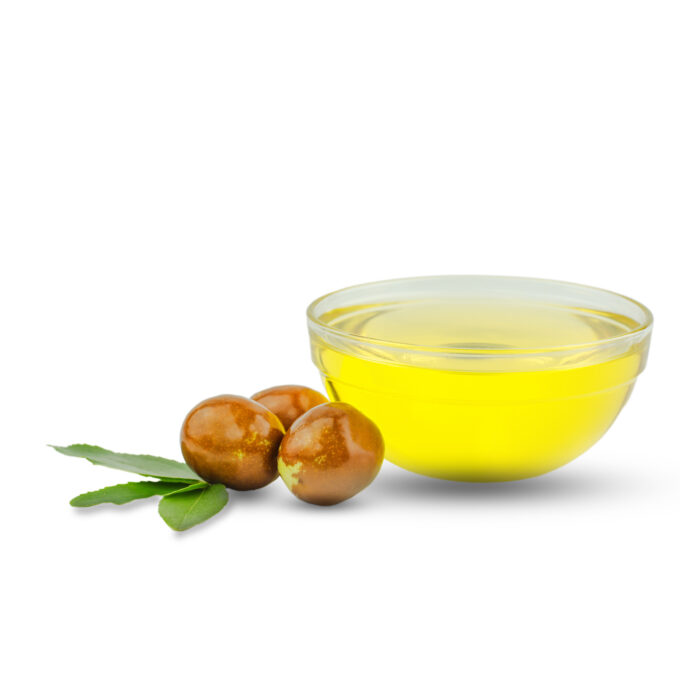 This oil is a popular all-rounder that can be found as a base oil in many cosmetics. Strictly speaking, it is not an oil but a wax that shows a solid substance when cooled and melts at room temperature. The oil is so popular because it is odourless, non-re-greasing and absorbs very quickly into the skin.

Unlike refined oil, cold-pressed oil is naturally pure and rich in beta-carotene. Recognisable by its golden yellow colour, the special feature of this oil is the vitamins B6, vitamin E and provitamin A it contains. They are generally known for their protection against free radicals and their antibacterial effect. Characteristic are so-called wax esters, primary alcohols, which are similar in structure to human sebum. They can regulate the skin’s own sebum production.

Jojoba oil is particularly suitable for dry and blemish-prone skin, as it does not clog the pores. The above-mentioned properties also benefit the skin in cases of acne.

In hair care, jojoba is used for dry hair ends. Massage in a few drops as needed.

Our naturally pure organic jojoba oil is cold-pressed from the seeds of the jojoba bush.

There are no reviews yet.

Be the first to review “Jojoba Oil (organic)” Cancel reply